Seven Diseases Big Pharma Hopes You Get in 2012

Supply-driven marketing not only turns the nation into pill-popping hypochondriacs, it distracts from Pharma's drought of real drugs for real medical problems. 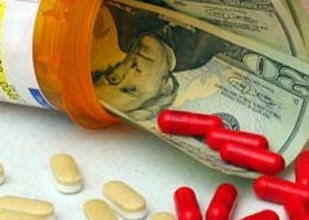 Martha Rosenberg frequently writes about the impact of the pharmaceutical, food, and gun industries on public health. Her work has appeared in the Boston Globe, San Francisco Chronicle, Chicago Tribune, and other outlets.

A new study published on bmj.com today supports the claim that the introduction of breast cancer screening in the UK may have caused more harm than good.

Harms included false positives (abnormal results that turn out to be normal) and overtreatment (treatment of harmless cancers that would never have caused symptoms or death during a patient's lifetime). This may be because the cancer grows so slowly that the patient dies of other causes before it produces symptoms, or the cancer remains dormant or regresses.

It shows that the harms of screening largely offset the benefits up to 10 years, after which the benefits accumulate, but by much less than predicted when screening was first started.

The Forrest report in 1986, which led to the introduction of breast cancer screening in the UK, estimated the number of screened and unscreened women surviving each year over a 15-year period. Costs and benefits were measured in quality adjusted life years or QALYs (a combined measure of quantity and quality of life) but it omitted harms.

It suggested that screening would reduce the death rate from breast cancer by almost one third with few harms and at low cost.

Since the Forrest report, the harms of breast cancer screening have been acknowledged. So, researchers at the University of Southampton set out to update the report's survival estimates by combining the benefits and harms of screening in one single measure.

The results are based on 100,000 women aged 50 and over surviving by year up to 20 years after entry to the screening programme.

Inclusion of false positives and unnecessary surgery reduced the benefits of screening by about half. The best estimates generated negative net QALYs for up to eight years after screening and minimal gains after 10 years.

After 20 years, net QALYs accumulate, but by much less than predicted by the Forrest report.

The authors say more research is needed on the extent of unnecessary treatment and its impact on quality of life. They also call for improved ways of identifying those most likely to benefit from surgery and for measuring the levels and duration of the harms from surgery. From a public perspective, the meaning and implications of overdiagnosis and overtreatment need to be much better explained and communicated to any woman considering screening, they add.

However, the continuing uncertainty surrounding the extent of overtreatment is apparent in a study of French women published on bmj.com last month, which put overdiagnosis of invasive breast cancer due to screening at around 1%.

14 Proven Side Effects of Sitting All Day

Original article can be found here

It should come as no surprise that sitting around and not moving all day isn't really good for your body, but many may not be aware of just how many problems can be caused by such a sedentary lifestyle. Whether you choose to sit all day or are required to by the logistics of your job, you may want to take a new approach to your workday after learning just what health effects sitting can have on the body. It could impact not only your health, but the lives of your loved ones and expenditures towards healthcare.

Posted by Dr Johan PB Prinsloo Links to this post