Most people cringe at the thought of a cold shower. Just a glance at the many polar bear clubs dipping themselves into freezing water can make even those resistant to cold turn their heads away. However, the sporadic research that has been done suggests that regular exposure to cold water (via showers, baths or swims) may have some incredible health benefits.

Most people are unware that cool ambient and water temperature can have a positive impact on your health, primarily by boosting antioxidant levels and promoting better sleep.

Cold showers may increase glutathione -- one of the body’s most powerful endegenous antioxidants. In fact, many of the antioxidants we ingest orally work by helping the body produce glutathione. While the body can make its own glutathione from other nutrients, if we try to take a glutathione pill, our bodies just can’t seem to utilize it. Encouragingly, a study of winter swimmers hints that cold water therapy can stimulate increases in glutathione levels.

A study from England found that taking daily cold showers increased the numbers of disease-fighting white blood cells (compared to people who took hot showers). The investigators at Britain's Thrombosis Research Institute suggested that as the body tries to warm itself during and after a cold shower, metabolic rate speeds up and activates the immune system, which leads to the release of more white blood cells. And, according to a German study, an occasional winter swim in cold water causes oxidative stress, but, done regularly, such swimming leads to an adaptive antioxidant response; in other words, the body is better able to combat oxidative stress in general once it's accustomed to cold-water swims. 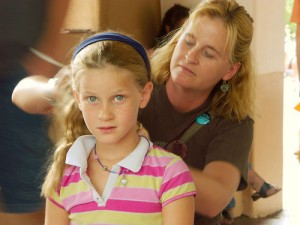 As Strollerderby has previously reported, girls as young as 7 are documented as having had their period.

According to Jezebel, by age 7 an astounding 23% of African American girls are showing breast growth followed by 15% of Hispanic girls, 10% of Caucasian girls and only 2% of Asian girls.

That can’t be what Mother Nature intended. But it’s happening and an increasing number of moms want to know why.

A landmark study in the sixties suggested the average age at which girls hit puberty to be 11. But, as the NY Times reports, a doctor in the late eighties first noticed otherwise: Marcia Herman-Giddens, then a physician’s associate in the pediatric department of the Duke University Medical Center, started noticing that an awful lot of 8- and 9-year-olds in her clinic had sprouted pubic hair and breasts…So she started collecting data, eventually leading a study with the American Academy of Pediatrics that sampled 17,000 girls, finding that among white girls, the average age of breast budding was 9.96. Among black girls, it was 8.87. It’s true, girls are getting their periods earlier than ever and as Jezebel reports, no one knows why.

In 2011, there were well over 200 ingredients under the umbrella term “fragrance,” and manufacturers are not required to disclose any of the actual ingredients in their formulas. 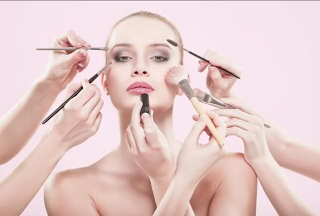 The entire cosmetic industry is in a buyer beware state of alert, thanks to the latest additions to the melting pot of chemicals and pollutants in skin care, above and beyond the usual parabens. Consumers are warned by experts toput on the watch listany make-up which contains synthetic colouring ingredients, emulsifiers, leads, copolymer, triclosan, and “urea as a preservative.” Also contributing to the chemical compounds are phthalates, formaldehyde, and petroleum.

Without proper regulations, especially regarding testing howchemicals react to one another in combinations, it is scary how quickly the industry has become a problem for women and men alike. Some lipsticks are loaded with lead. If you think it doesn’t matter because it’s just on your skin, think again. Deodorants and shampoo must also be included in the equation. There are plenty of solutions to the problem, but where do you begin?

There are critical trade offs when it comes to using products for beauty and hygiene that contain chemicals. Skin cancer can have roots, and the removal of them can leave scars on your nose or even around your mouth. Consumers shouldn’t count on “all natural” labels and similar advertisements because current regulations on the use of those buzzwords are almost non-existent.

The Obsessed Culture of Lowering Cholesterol May Actually Be Causing Cancer

We have become a culture so obsessed with eating foods low in cholesterol and fat that many health experts are now questioning the consequences. Could we really maintain a dietary lifestyle that was so foreign to many of our ancestral populations without any ill effects on our health? Many researchers are now concluding that the answer to that question is "NO." Current data is now suggesting that lower cholesterol levels predate the development of cancer. 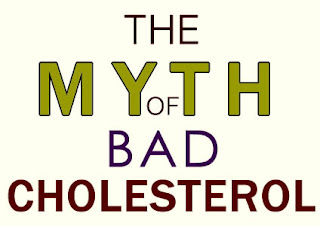 What is certain is that the 'little knowledge' that the media often imparts means many folks assume cholesterol is simply a 'bad' thing. Alternately, a good number of us may have heard the terms 'good' cholesterol and 'bad' cholesterol bandied about without knowing much about what this really means. In fact it is a fairly safe bet that if you asked anyone on the street for his or her instinctive response, if asked about cholesterol, they would probably say that we simply need to 'reduce it'.

The 'noddy-science' offered by marketing men to a generally scientifically-naive public has led many people to believe that we should replace certain food choices with specially developed products that can help 'reduce cholesterol'. Naturally this comes at a price and requires those who can afford it to pay maybe four or five times what a 'typical ordinary' product might cost. But is this apparent 'blanket need' to strive towards lowering our cholesterol justified? And, indeed, is it healthy?

Steve Riechman, a researcher in the Department of Health and Kinesiology, says the study reveals that LDL is not the evil Darth Vader of health it has been made out to be in recent years and that new attitudes need to be adopted in regards to the substance. His work, with help from colleagues from the University of Pittsburgh, Kent State University, the Johns Hopkins Weight Management Center and the Northern Ontario School of Medicine, is published in the Journal of Gerontology.

Riechman and colleagues examined 52 adults from ages to 60 to 69 who were in generally good health but not physically active, and none of them were participating in a training program. The study showed that after fairly vigorous workouts, participants who had gained the most muscle mass also had the highest levels of LDL (bad) cholesterol, “a very unexpected result and one that surprised us.
“It shows that you do need a certain amount of LDL to gain more muscle mass. There’s no doubt you need both -- the LDL and the HDL -- and the truth is, it (cholesterol) is all good. You simply can’t remove all the ‘bad’ cholesterol from your body without serious problems occurring.

The 'noddy-science' of the so-called 'functional food' manufacturers would have us believe that there is such a thing as 'bad' cholesterol and 'good' cholesterol. This is, in fact, totally untrue. The cholesterol itself, whether being transported by LDL or HDL, is exactly the same. Cholesterol is simply a necessary ingredient that is required to be regularly delivered around the body for the efficient healthy development, maintenance and functioning of our cells. The difference is in the 'transporters' (the lipoproteins HDL and LDL) and both types are essential for the human body's delivery logistics to work effectively.

Problems can occur, however, when the LDL particles are both small and their carrying capacity outweighs the transportation potential of available HDL. This can lead to more cholesterol being 'delivered' around the body with lower resources for returning excess capacity to the liver.

"The question we wanted to address is whether low cholesterol happens when the cancer is already there or is it there before the cancer develops," lead investigator Dr Paul Michael Lavigne (Tufts Medical Center, Boston, MA) told heartwire. "Based on these data, it would suggest that lower cholesterol predated the development of cancer by quite a long time. Now, that doesn't necessarily speak to [low cholesterol] causing the cancer; it could have been related to something else altogether, but it's not supportive of the hypothesis that cancer caused the low levels of LDL cholesterol. We don't know why it predates cancer, but it would be premature to attribute it to the cancer itself."

Read the rest of this article HERE