Strange spirals found in the South African desert south of Upington, west of Prieska, the massive new rival to the Nasca lines

A google search resulted in nothing but the information that they apparently did not show up on Google Maps' 2006 images.


"Wind erosion has lead to an incredible discovery through google maps.
Comparable to the Nasca Lines in size, and even more impressive in intricacy, a potential massive lost city or site has been revealed in an area of the “verneukpan” an inhospitable area of salt flats in southern Africa .
For over a year now, a young determined Dutchman has been using Google earth to map the world’s ancient sites, very much a crowd-sourced project, with over 900 place markers so far of sites that are known about and links to Wikipedia articles about them.
Archeomaps is the brainchild of Jaimy Visser, who posted this image yesterday on his facebook page www.facebook.com/Archeomaps after Shaun Kirwen brought it to his attention.
Jaimy had found that in his research he was finding many unexplained circular structures around the globe and started project “Esthar”  to try and map these as well, in the process he has found huge areas of desert with evidence of similar ancient civilizations around the globe though none quite as striking as these which bear resemblance to carvings at Knowth, Newgrange, Malta and various other pre-historical sites.
The complex in the image is over five square miles, with less striking patterns spread over around twenty square miles at least." 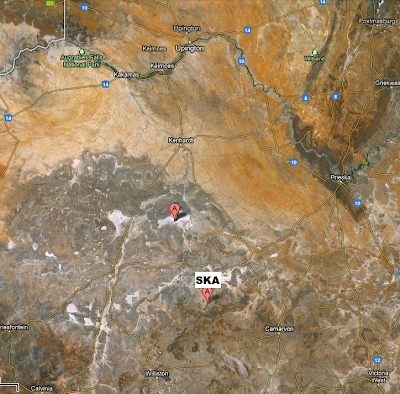 Your best defense against threats from within – viruses, bacteria, chemicals, parasites, fungi, tumors, etc. (it’s a jungle in there) is a well-armed immune system.

One of the most important weapons this special force has for your defense comes from a sweet and natural source – mother’s milk! The substance, called lactoferrin, is an enzyme that kills biological invaders by denying them iron. In other words, it induces an iron deficiency anemia in the invaders.

Mother’s milk, known as colostrum, has a very high concentration of lactoferrin. This remarkable chemical acts as a defensive shield for the baby against all microscopic invaders. This milk is the only source of lactoferrin available to the newborn baby. It is not available in artificial formula and probably never will be – at least in our lifetimes.

But lactoferrin is not just for babies. It’s an important nutrient that you need for your survival, at any age. When you contract an infection, there is a rapid rise in the lactoferrin content of the blood. For example, if you contract a sore throat, white blood cells race to the scene and start firing lactoferrin-containing granules that bind up all the iron at the scene of conflict, causing a rapidly induced iron deficiency anemia that neutralizes the bacteria.

Bacteria, viruses, cancer cells, and other pathogens that require iron to grow will not be able to survive if lactoferrin binds iron in your blood and keeps it away from those cells.

From Conception to Birth - visualized

"The Magic, the Mystery and the Divinity within the Human Body"


Your mom carried you in her womb for nine months. She felt sick for months with nausea, then she watched her feet swell and her skin stretch and tear. She struggled to climb stairs. She got breathless quickly. She suffered many sleepless night. She then went through EXCRUCIATING PAIN to bring you into this world. She became your nurse, your chef, your maid, your chauffeur, your biggest fan, your teacher, and your bestfriend. She struggled for you, cried over you, hoped the best for you, and prayed for you. Most of us take our mom for granted. But there are people who have lost or never seen theirs.

Medical Disclaimer
The content of this website is provided for general informational purposes only and is not intended as, nor should it be considered a substitute for, professional medical or health care advice or treatment for any medical or health conditions. Do not use the information on this website for diagnosing or treating any medical or health condition. If you have or suspect you have a medical problem or health issues, promptly consult your professional registered / licensed health care provider.
The information contained in this blog and related website should not be considered complete as it is presented in summary form only and intended to provide broad consumer understanding and knowledge of diet, health, fitness, nutrition, disease and treatment options.

Dr JPB Prinsloo is the oldest, most established homoeopathic practice in South Africa.
The practice, situated in Pretoria, was established in 1956.
To learn more about homeopathy, homeopathic infertility treatment and the legal requirements for practising as a homeopath, visit:
http://www.biocura.co.za/infertility_homeopathy.html

How To Treat Newborn Constipation

It’s not the frequency of bowel movements or straining that determines if a baby is constipated or not, it’s the consistency of the stool. A baby is constipated if his poop is firm, dry or pebbly. If his poop is fluid, soft or paste consistency, then he’s not constipated.
Crying while having a bowel movement, bleeding from the anus, abdominal pain and reduced appetite can also be signs a baby is constipated.
It is normal for some babies to have even just two passages of stools every week. It is also normal for some babies to grunt when releasing stools. What is not normal is when your baby is having hard and dry stools. That is definitely a sign of constipation.

How Much Breast Milk Should a Baby Drink?

Hungry newborns set their own breastfeeding schedule. For the first few weeks of your baby's life, your newborn may want to breastfeed every one-and-a-half hours, says the American Academy of Pediatrics, while other babies can go three hours between feedings. Don't worry about the specific amount of breast milk your baby is getting, says the Mayo Clinic. More important is the frequency and length of your newborn's feedings and if your baby seems healthy and content.

Newborns: What To Expect
If you and your baby are both in good health after delivery, the AAP states that it's best for you to breastfeed within the first hour. While you're recovering post-childbirth, keep your newborn close to you, advises the AAP. Study the signals he gives that indicate hunger and respond to them by breastfeeding as soon as possible.