More research finds stress something to worry about

Psychological distress, even at relatively low levels, is linked to an increased risk of death, a new study shows.

For the study, which was published July 31 in the journal BMJ, researchers analyzed data on more than 68,000 adults over age 35 who took part in England's National Health Survey from 1994 to 2004.
Researchers found that subjects who were even slightly distressed -- such as those who sometimes had trouble sleeping due to worry -- were about 20 percent more likely to die over a ten-year period compared to people who reported no such symptoms. The researchers controlled for other unhealthy behaviors often linked to stress, such as smoking or drinking, as well as exercise, weight, and factors such as high blood pressure and diabetes.
In a separate study, researchers from Brigham and Women's Hospital from Boston found that women suffering phobic anxiety, such as fear of heights, had shorter telomeres, the outermost part of chromosomes that shorten as we age, than their less-stressed counterparts.
Want to slash your stress levels? Earlier research found that subjects who practiced Buddhist meditation significantly decreased both cortisol and blood pressure, two signs of stress, in a six-week study.
Posted by Dr Johan PB Prinsloo

Studies in the past have found that flavonoids act as antioxidants -- enzymes that target free radicals that can damage DNA. Flavonoids are commonly found in chocolate, green tea and other fruits and vegetables.

Snacking on the fruit every day for six months slashed levels of so-called "bad cholesterol" by almost a quarter, a figure that all statin drugs combined cannot attain.


CARBON monoxide gets a bad rap. The gas, produced by incomplete combustion of hydrocarbons, causes hundreds of deaths every year by poisoning and sends many thousands to hospital. These are mainly the result of leaking cooking and heating equipment, but the colourless, odourless and tasteless substance, known to chemists as CO has also aided many a suicide. Most horrifically, Nazis used it in gas chambers.

But there is more to the “silent killer”, as CO is sometimes called. It is produced by many cells in the human body, where its molecules play a crucial role in activating enzymes involved in controlling the dilation of blood vessels, and thus blood flow. Mice in which the gene for producing the compound has been knocked out develop faulty organs and tend to die prematurely.

Exploiting this insight, researchers have successfully used CO to treat a number of ailments in lab critters. These include pulmonary hypertension, an otherwise incurable disease in which thickened arteries obstruct the flow of blood, leading to heart failure. The gas also keeps inflammation in check, in particular following organ transplants, where the recipient’s immune system tries to fend off the alien graft.

After a week-long meeting of international experts, the International Agency for Research on Cancer (IARC), which is part of the World Health Organization (WHO), today classified diesel engine exhaust as carcinogenic to humans (Group 1), based on sufficient evidence that exposure is associated with an increased risk for lung cancer.

There has been mounting concern about the cancer-causing potential of diesel exhaust, particularly based on findings in epidemiological studies of workers exposed in various settings. This was re-emphasized by the publication in March 2012 of the results of a large US National Cancer Institute/National Institute for Occupational Safety and Health study of occupational exposure to such emissions in underground miners, which showed an increased risk of death from lung cancer in exposed workers (1). 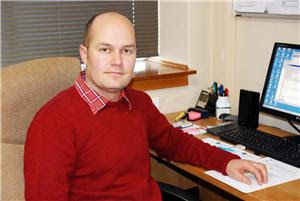