The FTC: Actually, Pomegranates May Not Treat Heart Disease, Cancer, and Erectile Dysfunction

Even with the best research money could buy, a judge ruled this week that POM had deceptively promoted its products unproven health benefits.

I've been following the legal battles between the Federal Trade Commission (FTC) and the makers of POM juice and other pomegranate juice products with avid interest, mainly because they deal with the credibility of sponsored scientific research.

This week, an administrative law judge ruled that POM violated federal law when it deceptively advertised its products as able to "treat, prevent, or reduce the risk of heart disease, prostate cancer, and erectile dysfunction." 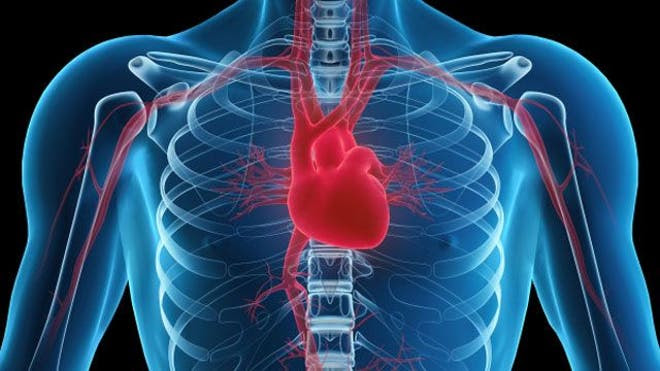 Taking calcium supplements doubles the risk of heart attacks, according to a controversial new study by Swiss scientists.

University of Zurich researchers found that people who take the pills are 86 percent more likely to have a heart attack than those who do not, after studying data on 24,000 German men and women aged 35 to 64, over 11 years.

The risk more than doubled for people taking only calcium supplements, the researchers said.

When it comes to losing or maintaining your weight, we know it is not a cakewalk, but unknowingly there can be many reasons contributing to sabotaging your healthy intentions, even in the summer.

There are many cues of gaining weight, right from the pill you're popping on regular basis, to the lightning in a restaurant to replacing fats with carbs. Do these habits sound familiar? Browse on to know about 6 surprising reasons why you gaining weight this summer season.

1. For days, you tend to give up on fats completely, only to replace them with carbs. In order to lower the amount of fat we eat, we tend to replace fatty foods with carb varieties, such as white breads, rice and white pastas. Simple carbs tend to stimulate your body to produce insulin, which can further lead to weight gain. The best solution is to stick to healthy carbs and fats. Go for grains, healthy fruits and vegetables for healthy carbs, and avocado, nuts and fish for monosaturated fats.

Chemists Merge Experimentation With Theory In Understanding Of Water Molecule

Water is the most abundant and one of the most frequently studied substances on Earth, yet its geometry at the molecular level – the simple two hydrogen atoms and one oxygen atom, and how they interact with other molecules, including other water – has remained somewhat of a mystery to chemists.

Most understanding at that level is theoretical, requiring the use of supercomputers to make innumerable calculations over periods of weeks to make educated guesses as to the arrangements and structure of water clusters before they form into liquid water or ice.

But a new study, using experimentation with a highly advanced spectrometer for molecular rotational spectroscopy, has removed some of the mystery and validates some very complex theory involving the way water molecules bond. It is published in the May 18 issue of the journal Science.

Study Finds That Coffee Drinkers Have Lower Risk Of Death

Older adults who drank coffee - caffeinated or decaffeinated - had a lower risk of death overall than others who did not drink coffee, according a study by researchers from the National Cancer Institute (NCI), part of the National Institutes of Health, and AARP.

Coffee drinkers were less likely to die from heart disease, respiratory disease, stroke, injuries and accidents, diabetes, and infections, although the association was not seen for cancer. These results from a large study of older adults were observed after adjustment for the effects of other risk factors on mortality, such as smoking and alcohol consumption. Researchers caution, however, that they can't be sure whether these associations mean that drinking coffee actually makes people live longer. The results of the study were published in the May 17, 2012 edition of the New England Journal of Medicine.

(NaturalNews) As free as many Americans might think they are, there are certain glaring aspects of American life for which individuals are not free to make their own choices, and cancer treatment is one of them. In the sobering documentary Cut Poison Burn, filmmaker Wayne Chesler brings to light the sinister nature of the multi-billion dollar cancer industry, its suppression of any real pursuit of a cure, and its stranglehold on medicine that restricts individuals from choosing their own personalized, alternative forms of treatment.

The documentary follows the journey of the Navarro family, whose young son Thomas, then four years old, was diagnosed with medulloblastoma, a highly-malignant form of brain cancer that typically afflicts children. Rather than undergo conventional chemotherapy and radiation, the Navarros instead wanted to pursue an alternative route, which in their case was Dr. Stanislaw Burzynski's non-toxic antineoplaston treatment, which has been shown to be particularly effective at treating brain cancers.

Fewer than eight percent of all tries at making a baby in a lab dish will succeed, U.S. researchers reported on Monday.

A review of all their efforts to unite egg and sperm at their fertility clinic showed just 7.5 percent of tries resulted in an embryo that could then be implanted in a woman's womb, a team led by Michael John Tucker at Shady Grove Fertility Center in Maryland said.

"It should surprise no one that the vast majority of sperm and eggs never get together to even begin the fertilization process," Dr. Robert Rebar, executive director of the American Society for Reproductive Medicine, said in a statement.